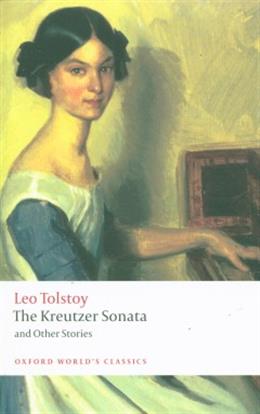 'To love him was not enough for me after the happiness I had felt in falling in love. I wanted movement and not a calm course of existence. I wanted excitement and danger and the chance to sacrifice myself for my love.' Leo Tolstoy, known to the world for his famous novels, also created throughout his sixty-year career as a writer a significant body of works of shorter ficiton. These fictions, like his novels, tend toward a uniqueness in form, even as they explore a set of themes common in the longer works. The four novellas selected here stand closest to the novels, and represent Tolstoy at his creative best, exploring in a specific and focused way his characteristic themes: life understood as a journey of the discovery of identity and vocation, the meaning of one's life in the face of death, and the redemptive role of suffering and compassion. Family Happiness (1859) traces the psychology of failed married love yet is written against the tradition of the novel of romance, marriage and adultery. The Kreutzer Sonata (1889) recounts a husband's addictions, jealousy, sinister guilt and subsequent isolation, while The Cossacks (1863) focuses on the experiences of a young Russian on in the Caucusus whose quest for romantic love becomes one for the love of 'the whole of God's world'. Finally, the superbly crafted Hadji Murad (1905) juxtaposes the military and civilian worlds, and relates a tale of the human violation of the natural through a series of parallel episodes. Written over a period of almost fifty years, these works display Tolstoy's changing views on art and sexuality, women and marriage, nationalism and ethnicity, war and empire. All four novellas develop, each in its own unique way, the central Tolystoyan theme of love. This edition, which updates a classic Top page translation, has explanatory notes and a substantial introduction based on the most recent scholarship in the field.