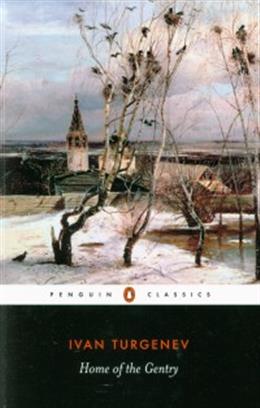 Home of the Gentry | Turgenev I.

The Home of the Gentry, Ivan Turgenev’s second novel, is an important work that explores the idea of the “superfluous man.” Written in 1858, its main theme is the maladjustment of the upper classes to their native Russian culture. The “superfluous man” is typically a member of the nobility who’s either been educated abroad or educated to worship all things European, and this leads to a complete emotional detachment and alienation from Russian culture. This adoration of Western culture created a longtime debate and split within Russian society’s intelligentsia, and on the other side of the debate was Slavophilism with its disdain for Western culture. Home of the Gentry (sometimes translated as Nest of the Gentry) examines the fallout of the distancing of the upper classes from their own country through its main character, Lavretsky.