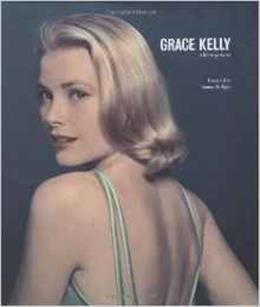 Grace Kelly : A Life in Pictures

Grace Kelly—whose cool, blond beauty defined the aloof sexiness of the classic Hitchcock heroine—left a lasting impression on Hollywood and the world. Although her career was brief, she lit up the screen in films like High Society, Rear Window, and The Country Girl, for which she won an Oscar. She was not only a fine actress, great beauty, and icon of American style, but she was also a passionate philanthropist, known for her generosity and kindness. Published on the 25th anniversary of her death, Grace Kelly: A Life in Pictures is the definitive photographic portrait—160 images capturing the early years, film career, royal marriage, and private life of this remarkable woman.