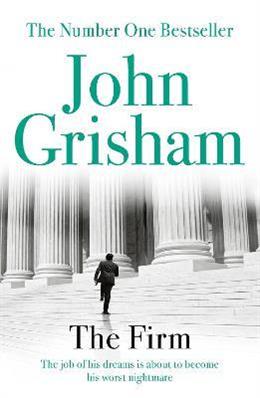 When Mitch McDeere qualified third in his class at Harvard, offers poured in from every law firm in America. Bendini, Lambert and Locke were a small, well-respected firm, but their offer exceeded Mitch`s wildest expectations: a fantastic salary, a new home, and the keys to a brand new BMW.

Except for the mysterious deaths of previous lawyers with the firm. And the FBI investigations. And the secret files.

Mitch soon realises that he`s working for the Mafia`s law firm, and there`s no way out - because you don`t want this company`s severance package.

`John Grisham is the master of legal fiction` – Jodi Picoult

‘John Grisham has perfected the art of cooking up convincing, fast-paced thrillers’ – Telegraph

‘Grisham is a superb, instinctive storyteller’ – The Times

‘Grisham`s storytelling genius reminds us that when it comes to legal drama, the master is in a league of his own.’ – Daily Record

‘Masterful – when Grisham gets in the courtroom he lets rip, drawing scenes so real they`re not just alive, they`re pulsating’ – Mirror

‘A giant of the thriller genre’ – TimeOut