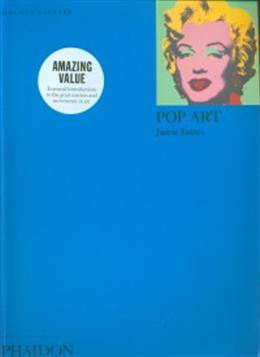 Pop Art was one of the most revolutionary art movements of the twentieth century. During the 1950s - a period of peace, prosperity and complacency - a group of artists in Great Britain and the USA attempted to deflate the established order. Their audacity at first scandalized the Establishment, but by the mid 1960s their work dominated the world art scene. Rather than despise popular culture, they gladly embraced both its imagery and its methods. Roy Lichtenstein (1923-97), Andy Warhol (1928-87) and James Rosenquist (1933-), borrowed images from comic strips, newspapers and advertising to make absurd juxtapositions. This ideal introduction to Pop Art presents a wide selection of these irreverent and influential works, with 48 full-colour plates and commentaries and many black-and-white illustrations offering comparisons.