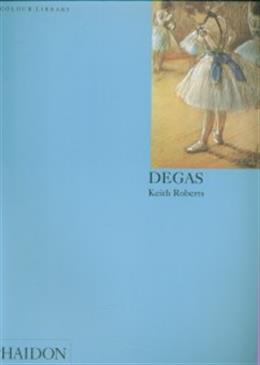 Despite the popularity of his work, Edgar Degas (1834-1917) has remained one of the most elusive of the Impressionists and Post-Impressionists. To his contemporaries he was always a very private man, rather aloof, self-absorbed and inclined to cynicism. However, few could fault his skill as an artist, and his acute vision, mastery of design, and meticulous attention to often ignored detail single him out as one of the most important figures in nineteenth-century art history. The ballet, the racecourse and women at their toilet were his three favourite subjects and he returned to them again and again in the course of his long career, never feeling that he had exhausted these themes. Degas never forgot his early academic sketches to his late pastels the quality of his drawings never faltered. In this excellent introduction by Keith Roberts, Dr Helen Langdon has added the notes to the plates and numerous black-and-white comparative illustrations.